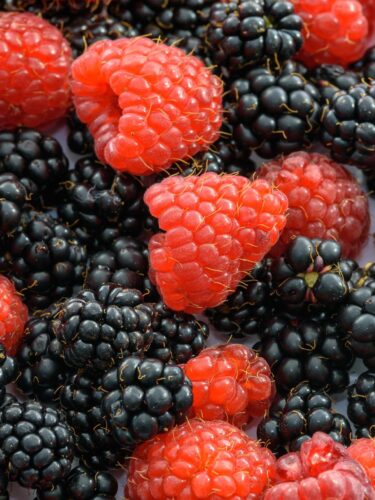 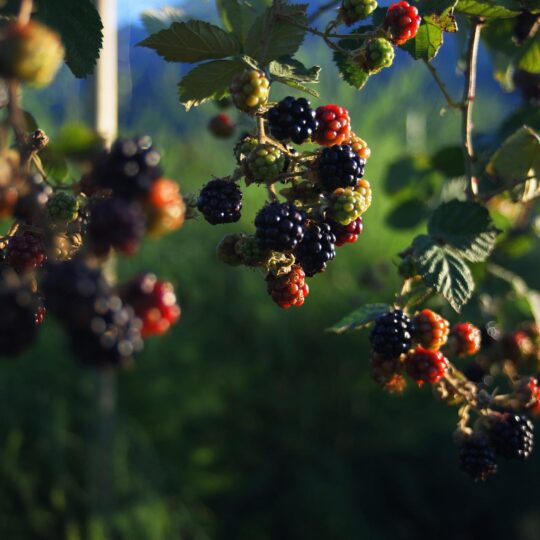 Image by E. Stricker from Pixabay

Importance of Caneberries to Oregon

Caneberries are berries that grow on hard, woody stems that are called canes. Raspberries and blackberries are caneberries. Oregon is one of the top states in the country for growing this type of fruit. Oregon grew over 47 million pounds of blackberries, raspberries, boysenberries, and Marionberries in 2020. These berries were all grown on around 8,000 acres. They were worth 38.5 millions dollars to Oregon. Most caneberries are grown in the counties near Portland. Clackamas, Marion, Multnomah, and Washington are the biggest producers.1 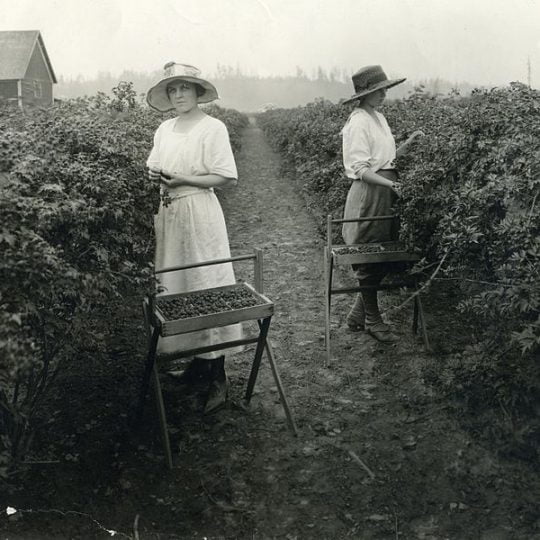 The exact way that blackberries and other caneberries made their way to Oregon isn’t known. Settlers might have brought blackberries with them on the Oregon Trail. The other idea is that they came from Hawaii, which used to be called the Sandwich Islands. No matter how they came to Oregon, they have made a big impact on the state since the mid-1800s2.

There are some types of blackberries that grow wild in Oregon and spread very easily. The Himalaya blackberry is one of them. It was brought to Oregon in the 1800s and is now found all over the state. Birds eat the berries and spread the seeds. They are strong and hard to kill once they take over an area. This has made them a noxious weed.3

Raspberries were brought to Oregon in the late 1800s and the state became a leader in their production. In the early 1900s, Gresham was known as the “Raspberry Capital of the World.”

Blackberries and raspberries were the original caneberries to be grown in Oregon. Other berries, like loganberries, Marionberries, and boysenberries have all come from breeding blackberries and raspberries. Oregon State University and the United States Department of Agriculture started a breeding program in 1927. It has led to many of the types and varieties eaten today. 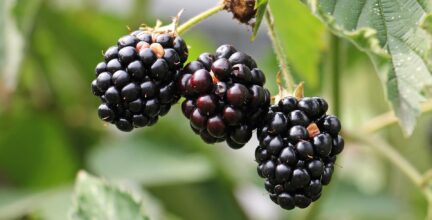 Blackberries are caneberries that are a dark purple/black color when ripe. Their flavor can range from tart to very sweet, depending on the variety. Blackberries are grown on farms and in the wild. Oregon blackberries are mostly harvested in July and August. 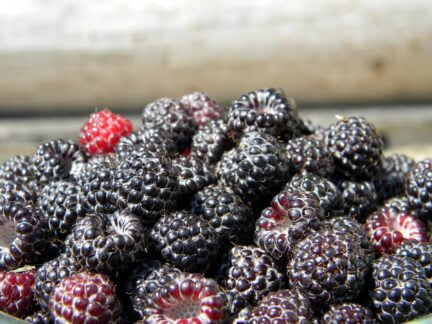 Black raspberries are native across part of the United States, from the Midwest to the Northeast. They are not native to Oregon, but 99% of farmed black raspberries are grown in Oregon. They are dark-colored like their names suggest. They also have a stronger flavor than red raspberries. They are harvested for a few weeks starting at the beginning of July.4 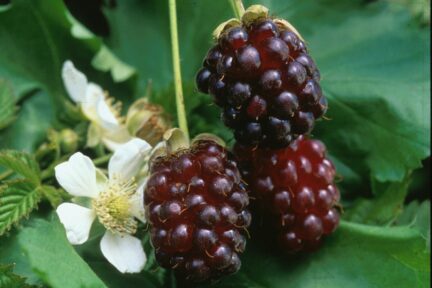 Boysenberries are dark purple and larger than most other cane berries. They are a cross between a blackberry and either a red raspberry or loganberry. They were first sold in California in 1935. Oregon grows more boysenberries than any other state in the country.5 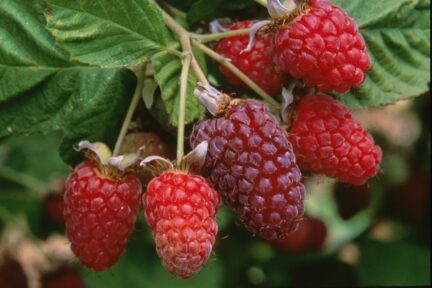 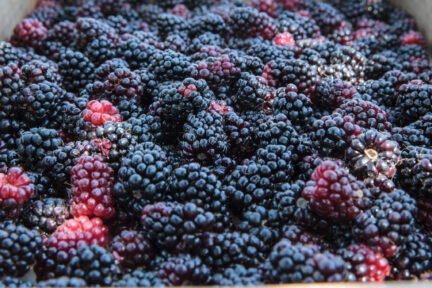 Marionberries are a variety of blackberry that was created in Marion County in 1956. They make up more than half of the blackberries grown in Oregon. Marionberries are both sweet and tart. They are harvested from July to early August. The Marionberry pie is the state pie of Oregon.7 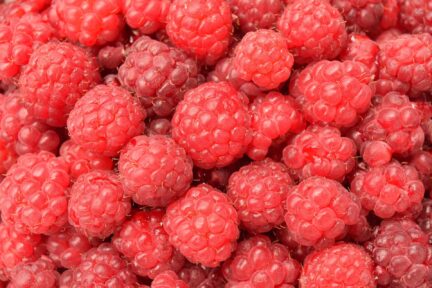 Raspberries were some of the earliest fruits to come to the state on the Oregon Trail. They’ve been around since the late 1800s. Blackberries have a core in the middle, but red raspberries do not. They are hollow when they are picked. Raspberries are also smaller than blackberries. Most of the raspberries grown in Oregon are processed. They are usually frozen. Harvest is from mid-June to October.8

Life Cycle of a Caneberry

Caneberries plants can grow for more than 10 years if they are taken care of. They are planted as either small plants with roots, or as potted plants. They are normally grown on trellises to keep them in straight rows.

Caneberries have perennial roots, which means they live for multiple years. But their canes, which flower and grow berries, are biennial and live for two years. They are called primocanes during their first year, and they don’t usually grow fruit. The canes are floricanes in their second year. That is when they flower and grow fruit. The floricanes die off after the second year. Blackberry plants have primocanes and floricanes at the same time and can grow fruit each year.

Because some of the canes die each year, the plants have to be pruned yearly. After harvest, farmworkers will cut away the dead floricanes and tie the primocanes onto the trellis wires.

Berry plants are dormant during the winter and bloom in the spring. Unlike some plants, caneberries are self-fruitful and can form new seeds without being pollinated by wind or bees. But bees and wind are needed to move pollen between flowers for plants to grow lots of full-sized berries. Farmers usually use 2-4 bee hives per acre. Once the blooms are pollinated, they will begin to form berries. Blackberries and raspberries are ready to be harvested about one to one and a half months after they are pollinated.9 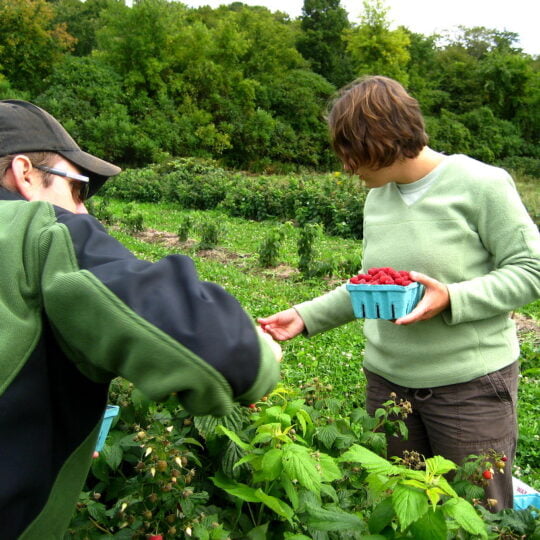 Caneberries are very soft and can be easily damaged. Most berries that are sold fresh are picked by hand. Berries that will be frozen or processed in other ways are often machine harvested. The machine is tall and straddles the berry rows. It drives slowly down the rows and knocks the berries off the canes and onto belts. The belts move the berries to crews that get them onto trays to take out of the field. The berries have to be frozen quickly after they are harvested.

There are many pests and diseases that can damage caneberry crops. Because many caneberries are grown in the part of Oregon that gets a lot of rain, fungus, and other diseases can cause problems. 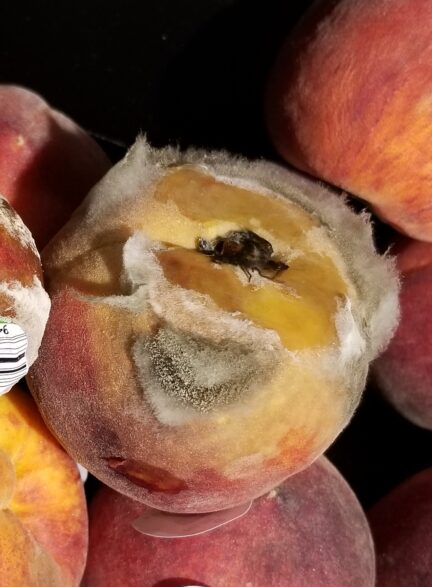 Botrytis is a disease that usually infects caneberries during bloom. Most damage isn’t seen until harvest time. The disease is usually worse in fields that water from above because the moisture helps the fungus grow. Diseased berries can be soft and brown. By harvest or in storage, they might be shriveled and have grey fuzz on them. The berry canes can also be damaged by the fungus.10 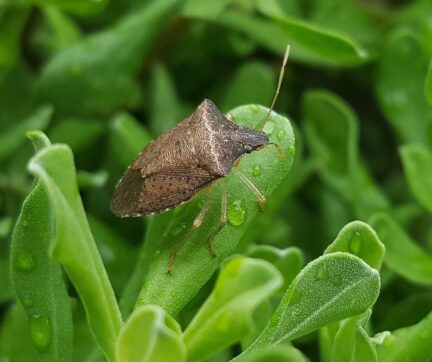 Brown marmorated stink bugs have not always been a problem but are becoming one. The stink bugs feed on the fruit as it grows. High numbers of the bugs on a berry crop can cause the drupelets, or individual sections of the berry, to change color or collapse. Stink bugs also create a bad smell that can get into the berries during harvest.11 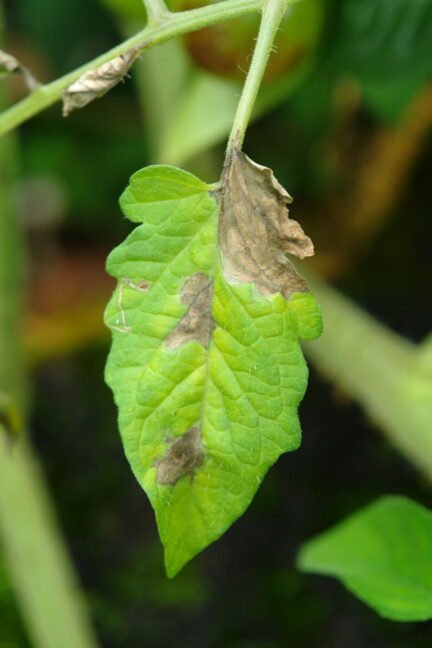 Phytophthora is a root rot disease that lives in the soil. When the soil becomes very wet, it can spread to other roots. It can move from the roots into the canes of the plant. Phytophthora causes leaves to wilt and die and it eventually kills the canes. The canes die during the summer, while the fruit is growing.12 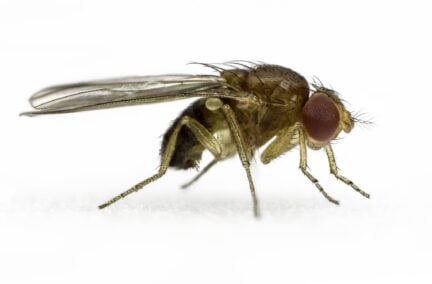 Spotted Wing Drosophila is one of the most notable insects that damage caneberry crops. These insects lay their eggs in the berries as they are growing. Once the larvae are born, they eat the berries from the inside. The fruit can look scarred or bruised where the insects do damage. Larvae can also be found inside the berries at harvest, which makes them unsellable.13

The majority of Oregon’s caneberries are harvested to be frozen. 90% of the United States’ frozen blackberries are grown in Oregon. Many people enjoy frozen berries in smoothies. Besides being used frozen, caneberries are also enjoyed fresh. They are good for baking and as a topping to salads and other foods. 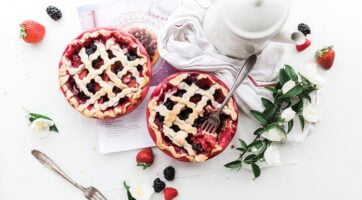 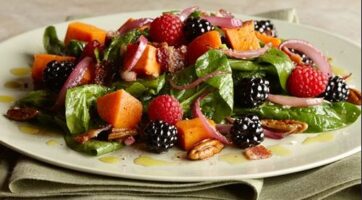 A plant with a two-year life cycle.

Two plants that create a new plant with characteristics from both plants.

The small individual sections that form a caneberry.

Second-year canes that flower and fruit.

A weed that is considered to be harmful to the environment or animals and might have government rules for control.

First-year canes that do not flower or fruit.

A tree that can pollinate itself and doesn’t need pollen from another variety.