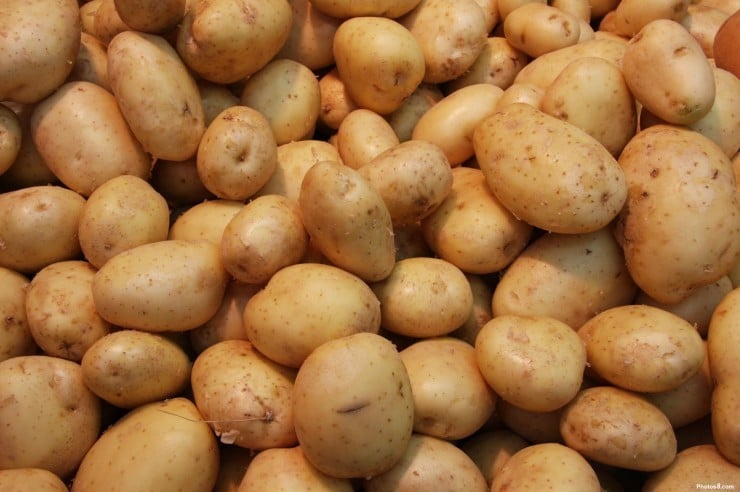 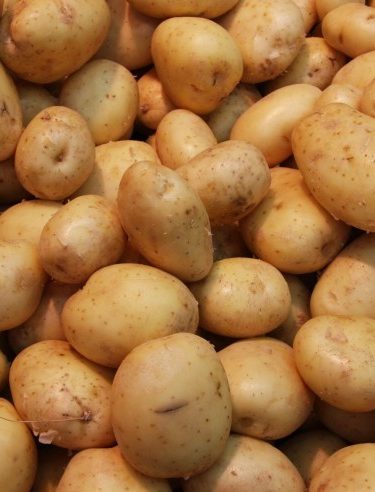 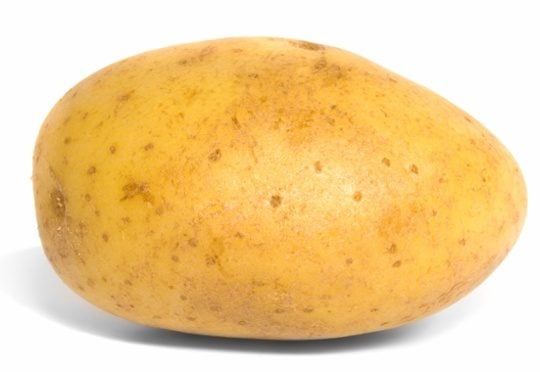 Importance of Potatoes to Oregon

Oregon is ranked number 4 in United States potato production. In 2020 the state grew 7% of all the potatoes grown in the country. That was 2.7 billion pounds! Those potatoes had a value of nearly 217 million dollars to the state. They were the 8th most valuable crop in Oregon that year. 376 farms grow potatoes on about 45,000 acres.1

About 80% of the potatoes in Oregon are processed. This means they are used for foods like frozen French fries and dried mashed potatoes instead of being eaten fresh.

Roots and tubers were eaten by Native Americans in Oregon before settlers came to the state. But potatoes weren’t grown until 1795. They were planted by the crew of a ship called Ruby on an island in the Columbia River. More potatoes were planted in 1811, in Astoria this time. There were enough potatoes grown that they could send them further into Oregon than the coast. The first planting in 1811 grew 190 potatoes. By 1835 they’d grown 1,300 bushels. That’s 78,000 pounds. When more settlers started to come to Oregon, potatoes became a main part of their diet and potato farming increased.2 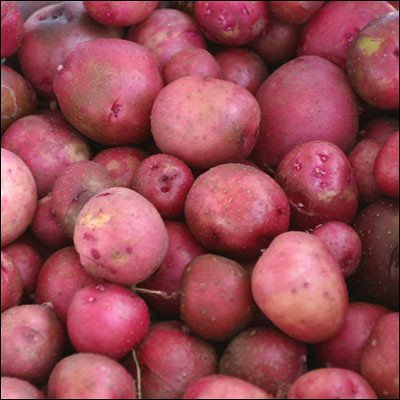 Red potatoes have red skin and a white center. They stay firmer than many other potatoes when they are cooked. That can make them better to use for things like roasting or potato salad. They have a creamier texture and are sweeter than russet potatoes. Reds are somewhat small potatoes. Norland and Red Pontiac are both red potato varieties.3 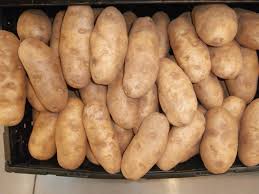 Russet potatoes are some of the most popular and well-known potato varieties. There are many different types of russets. Russet Burbank and Umatilla Russet are two of them. They have brown skin and a white center. Russets have a dry texture that is very good for baked and mashed potatoes. They also freeze and dehydrate well for processing.4

Yellow potatoes usually have yellowish skin and centers. They can be very small or large. Yellow potatoes have a kind of buttery and smooth texture. This makes them great for mashed or grilled potatoes. They also make good soup potatoes. Some yellow potato varieties are Yukon Gold and Yellow Finn.

Life Cycle of a Potato

Potatoes grow from potatoes. Instead of what we think of as seeds, “seed potatoes” are just potatoes that have been cut into small pieces. Farmers who grow potatoes to be planted as seed grow them very carefully to make sure there is no disease that could spread to where they are planted.

Seed potatoes are planted in rows in the spring. The rows are raised into hills. Potatoes have little buds called eyes. The buds sprout from the eyes and grow into plants. The plant above the soil is green and leafy. White or purple flowers will grow on the potato plant when tubers are growing under the soil.

The seed potato piece will grow stems underground called stolons. The ends of the stolons will grow into tubers. A potato plant will usually make about 20 tubers. The tubers will continue to grow underground until it’s time to harvest in the fall.5

The vines of the potato plant above ground start to die when it’s time to harvest. This is called senescence. Once the plants have died, harvest can start. This is usually in early fall but can be later too.

Potatoes are harvested by a machine that lifts the tubers out of the ground as it drives down the rows. The potatoes move across belts that let dirt and rocks fall back to the ground. They are then put into boxes or into a truck that will haul them out of the field. The trucks take them to storage buildings or to be processed. Potato storage sheds are kept cold and dark to prevent potatoes from sprouting before they are sold.6 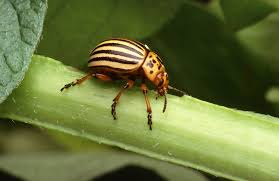 Colorado Potato Beetles are flying insects that feed on potatoes. They can eat all the foliage on potato plants if they aren’t prevented or taken care of. The beetles are a yellow/orange color with black stripes. They lay their eggs on the bottom side of leaves and the larvae start eating the leaves once they are born.7

Early blight is caused by a fungus called Alternaria. The disease hurts the leaves more than the potato tubers. Black or brown spots appear on the leaves. There will also be yellow rings around the spots. Leaves can die if they get infected. Yield can drop if leaves die. Early blight can cause potato tubers to have black spots and become dry and corky. The disease is worse when the field is very wet.8

Potato psyllids are insects that can damage potatoes in multiple ways. The insects have saliva that is toxic to plants. When they eat, that saliva goes into the plant. This can make the leaves turn yellow or purple and the plant will produce less potatoes. Psyllids are also the vector for a disease called zebra chip. They can move the disease from plant to plant and infect many. The disease lowers potato quality and makes plants grow less potatoes.9

Potatoes are a food that can be eaten in many ways. They can be roasted, fried, baked, mashed, used in salads and much more. But they aren’t just a food. The starch that is in potatoes can be used to make things like dishes and forks that will break down over time. These can be used instead of plastic. Potatoes can also be fed to animals like cows and pigs. Fuel can even be made out of potato peels and waste.

To remove water from in order to preserve.

The leaves on a plant.

The supplying of water to land.

An underground stem that is short, thick, and round. The part of a potato that people eat.

The final stage of a plant’s life as it begins to die.

An organism, such as an insect, that carries disease-causing fungi, viruses, bacteria, or the like.

The amount of crop produced. 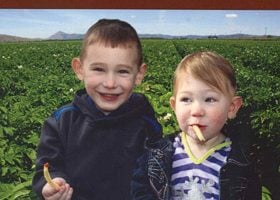 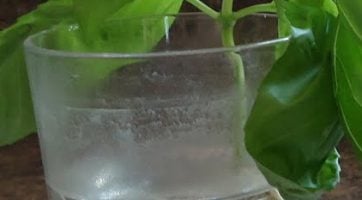