Importance of Cranberries to Oregon

Oregon is ranked number three in the United States for cranberry production. There are 128 farms growing them on about 2,800 acres.1 There were 604,000 barrels of cranberries grown in Oregon in 2020. Each barrel is 100 pounds. That’s more than 60 million pounds of cranberries! They were worth over 21 million dollars.2

Cranberries are native to North America and have been eaten and used as medicine for many years. Native Americans used cranberries, dried meat, and animal fat to make pemmican. A food that lasted for months and could be eaten during the winter. Native cranberries mostly grew in northwestern Oregon. Now they are mostly grown on the southern Oregon coast.

A man named Charles McFarlin started cranberry farming in Oregon. He came west to find gold and ended up starting a cranberry farm. He had brought cranberry vines with him from Massachusetts and planted them in Coos County. Harvest and all other work were done by hand for many years.3

The United States Department of Agriculture started a cranberry breeding program in 1929 with a few Agriculture Experiment Stations. Some of the varieties and cultivars that are grown today came from that program.

Early black is a common variety. They were discovered in 1835, but are still popular. Early blacks are the first variety to ripen and be harvested. They are small and sweet. The berries are such a dark red color that they are almost black.

McFarlin cranberries are a wild variety that was discovered in the late 1800s in Massachusetts. They become ripe about two weeks after Stevens. McFarlin berries are medium to large in size, dark red, and firm.

Pilgrims are a cross between McFarlin cranberries and another variety. They have been grown since 1961. Pilgrims are large and juicy. They have a purple-red color with some yellow. They ripen later than many varieties.

Stevens cranberries are the most common variety grown in the United States and in Oregon. 75% of Oregon cranberry acres are planted with Stevens. This variety was introduced in 1950. They are a large berry that gets ripe midseason and is a dark red color.4

Life Cycle of a Cranberry

Many people think that cranberries grow in water. They do not. Cranberries are grown in bogs that are flooded with water during harvest. The rest of the year, the plants grow on dry ground. They are a short plant with woody stems and spreading vines.

The ground in a cranberry bog is layered with sand, gravel, clay, and peat. Cranberries are planted between March and May, usually. Bogs are planted by scattering pruned cranberry vines on top of the soil. A machine then pushes the vines a couple of inches into the ground. The vines will grow roots and spread out. After a few years, the bog will be full of cranberry plants. Cranberries are a perennial and can grow for more than 20 years if they are well taken care of. It takes three years for the plants to produce a full crop.

Cranberry plants start to grow buds in June that will become berries the next year. The buds go dormant over the winter and start to grow again in early spring. Then they bloom. Cranberries usually bloom for over a month, starting in May. They need pollinators. Farmers rent beehives to pollinate their bogs. The bees carry pollen from flower to flower while they are gathering nectar. Pollinated blooms will grow into berries through the summer until they are ready to harvest in the fall.5

Cranberry harvest starts in September and goes through November. There are two ways to harvest, usually called wet and dry. Wet harvest is when the bogs get filled with water. A machine drives through the bog and beats the berries off the vines. Cranberries float to the top of the water. All the berries are then gathered to one part of the bog and removed. Wet harvested cranberries are normally processed and dried or used for juice and sauce. Dry harvested cranberry bogs do not get filled with water. Instead, a harvester lifts the berries off the vines and bags them. These cranberries are sold fresh, instead of processed.6

Starting at 17:45, Watch this Dirty Jobs video for an up close look at harvesting cranberries. 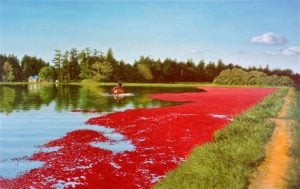 Many different insect pests and diseases can damage cranberries. Some of them damage the roots, stems, and vines. Others hurt the berry fruit. Pests in Oregon can be worse than in other cranberry-growing areas.

Red leaf spot is a fungus that can damage cranberries. If a plant is infected, it usually shows signs in mid-summer. Like the name says, there are red spots on the leaves. The spots can join together to create larger patches. The lower side of the leaf will be covered in spores. Red leaf spot can lead to vines dying if the disease is bad enough.7

Blackheaded fireworm eggs can live on cranberry leaves during the winter. The larvae hatch in the spring and eat the tips of the new growth. More larvae can hatch in the summer and feed on the cranberry fruit. The vines can look brown and have shriveled berries if there are many fireworms feeding on the plants. Blackheaded fireworm is the most common insect to damage Oregon cranberries.8

Rose bloom is a disease that can cause cranberry yields to be much lower than they should be. If it infects plants, symptoms won’t show up until the next year. The fungus is spread by spores blowing in the wind. Rose blooms damages plant buds. This can lead to deformed branches and blooms. There will usually be fewer berries on those branches. The cranberries that do grow will be oddly shaped.9

Scale are small insects that suck on cranberry leaves and vines. Their damage can lead to lower fruit yields. As scale eat, they leave behind a sticky honeydew. Sooty mold can grow on the honeydew. Large numbers of scale can lead to dead plants. The two most common types of scale in Oregon are greedy scale and brown soft scale.10

Cranberries have been used in many ways throughout history. People have used them as food, fabric dye, and medicine. Now, the berries are mostly just used as food. Because they are harvested in the fall, they are popular for sauces at Thanksgiving and Christmas. Cranberries are also dried, juiced, and processed in other ways. People often use them for baked goods or as toppings on salads and other foods.11

Where cranberries are grown, usually layered with sand, peat, gravel, and clay.

A swelling on a plant that can grow into new parts, like leaves or a flower.

Food originating from Native Americans out of cranberries, dried meat, and animal fat

Animals that move pollen from the male part of a flower to the female part.

A tiny reproductive body made up of one or more cells, produced by certain animals and plants.

The amount of crop produced.

The Oregon Cranberry - A Century of Success 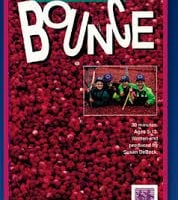 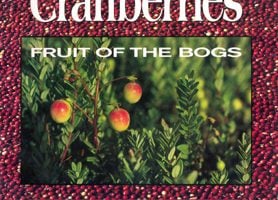 Cranberries: Fruit of the Bog 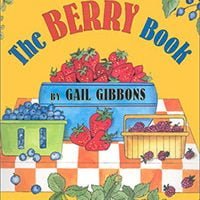